Trudeau promises $1B to help provinces pay for vaccine passports

Speaking to reporters at a campaign stop in Mississauga, Ont., Trudeau said he wants to see “Canadians moving again in a safe and responsible way.” He said the best way to do that is to create a tool the vaccinated can use to prove they’ve had their shots before entering a store, arena or office.

If a province requires that everyone at a local restaurant, gym or other non-essential business location be fully vaccinated and show proof of vaccination, Trudeau said, Ottawa would pay for the development and the rollout of that program.

“It keeps people safe. It encourages everyone to do the right thing. It keeps our businesses open and it keeps our economy rebuilding,” he said.

Some provinces, notably B.C. and Quebec, already have created smartphone-based vaccine passports that people can use to prove their COVID-19 immunization status in commercial or public spaces — everything from bars and restaurants to bowling alleys and hockey rinks — where provincial law will soon require proof of a shot before entry. Manitoba will also launch its own passport-style program in the coming weeks.

But in two of the country’s largest provinces — Alberta and Ontario — provincial leaders have refused to implement such a system.

Ontario Premier Doug Ford has said a vaccine passport would lead to a “split society” and claims the paper receipts people receive at vaccine clinics are sufficient proof of status. In the absence of a provincewide vaccine mandate for some venues in Ontario, private businesses and universities have stepped into the void by creating their own vaccine verification programs.

In Alberta — where COVID-19 case numbers are high and vaccination numbers comparatively low — government officials have been insisting that a proof-of-vaccination program is a non-starter.

The federal government has long promised its own vaccine passport-style program for international travel but Canadians are still waiting.

At a press conference before the election, the government said work is underway on a smartphone app and it could be available sometime this fall. Other countries have had this sort of regime in place for months. Ottawa has explained away the delay by pointing to the provinces, which control vaccination records.

Trudeau has tried to present himself as a vaccine champion on the campaign trail, routinely pillorying his main opponent, Conservative Leader Erin O’Toole, for opposing vaccine mandates for federal public servants and the travelling public. O’Toole also hasn’t forced his candidates to get vaccinated, something Trudeau has said puts voters at risk.

O’Toole ducked questions Friday about whether a federal government led by him would make a similar financial commitment to help provinces stand up a vaccine passport system. He said the development of these programs should be left to the other jurisdictions to figure out.

“We will respect the provinces and their decisions with respect to health measures and balancing the needs of keeping people safe and keeping the economy going. We will support and respect what the provinces decide to do,” O’Toole said.

“We’re in the midst of a fourth wave election because Mr. Trudeau has put his own political interests ahead of fighting the fourth wave together. I will partner with the provinces to fight COVID-19.”

Trudeau talked up his government’s vaccine procurement record Friday, reminding voters that Canada is among the top countries in the world for COVID-19 vaccinations. While the immunization campaign got off to a slow start in the early months of this year, nearly 84 per cent of all eligible Canadians have now had at least one dose.

Trudeau said a re-elected Liberal government would aggressively procure enough vaccines to “ensure all Canadians have access to free COVID-19 booster shots and second-generation vaccines as needed, across all provinces and territories.”

He also said a government led by him would invest more money into studying “the long-term health impacts of COVID-19, including the effects of ‘long-COVID’ on groups, including vulnerable populations and children.”

“We can’t afford to stop now and we certainly can’t afford a party that would roll back our progress. That’s why this election matters so much,” Trudeau said. 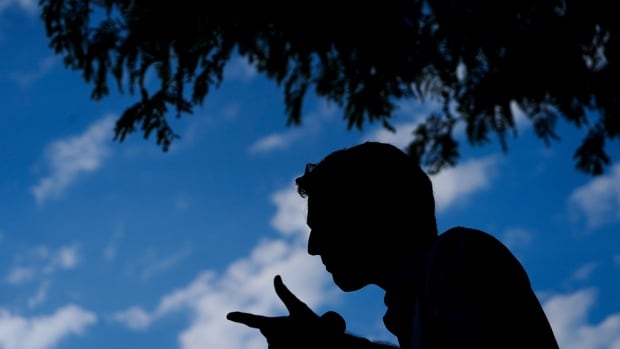 A 15-year-old boy was charged Wednesday with murder, terrorism and other counts…

In the strongest public stand against China taken by a sports body,…