Some School Districts Are Defying State Bans on Mask Mandates

New laws or executive orders in a number of states across the United States ban school officials from imposing mask mandates, leaving it up to parents to decide whether their children will wear masks in class.

But with coronavirus cases rising sharply across the country, and new federal guidance that everyone, vaccinated or not, should wear masks in schools, some school districts in those states are imposing mask mandates anyway, despite the risk of financial penalties for defying the state orders.

“I think school administrators realize that the benefit outweighs the risk,” said Rachel Graham, an epidemiologist at the University of North Carolina at Chapel Hill. “And I would honestly really hope a governor wouldn’t pull funding from a school.”

In Florida, Gov. Ron DeSantis, a Republican, said in an executive order last Friday that the state would take away funding from any district that infringed on “the fundamental right of parents to make health and educational decisions for their children” by requiring students to wear masks.

“We have a lot of push from the C.D.C. and others to make every single person, kids and staff, have to wear masks all day,” Mr. DeSantis said as he announced the move. “That would be a huge mistake.”

But four Florida school systems — in Broward, Leon, Duval and Alachua Counties — have said they would retain or seek to impose mask mandates.

The Leon school superintendent, Rocky Hanna, said in a letter to the governor that the district was asking for “the flexibility and the autonomy to make the decisions for our schools that best fit our local data and information in Leon County.” Ms. Hanna wrote that four school-aged children in the county and two pre-K teachers had been hospitalized with Covid-19.

In Arizona, a state law forbidding mask mandates in schools goes into effect in late September, though it was written to apply retroactively. Even so, several school systems, including districts in Phoenix and Tucson, have decided to require masks on campus when the school year begins.

The issue is being tested in court. A science teacher at a high school in Phoenix is suing the Phoenix Union school district over its mask mandate, saying that it violates state law; the district has countered that it cannot violate a law that has not yet taken effect, The Associated Press reported.

The state bans have drawn fire from the Biden administration. On Tuesday, President Biden singled out Mr. DeSantis and Gov. Greg Abbott of Texas, a Republican who has barred mask and vaccination mandates. The president said the governors should “at least get out of the way of people who are trying to do the right thing.”

Understand the State of Vaccine and Mask Mandates in the U.S.

On Thursday, the secretary of education, Miguel Cardona, said the White House was expecting educators to follow the health practices that worked last year.

The opposite dynamic is playing out in Illinois, where Gov. J.B. Pritzker, a Democrat, said this week that all school districts must impose full mask mandates, and not the mask-optional policies that many had adopted. Some districts have changed their policies to comply, but at least one said that it would only evaluate the new order, according to The Daily Herald, a newspaper serving the Chicago suburbs.

Mask-wearing policies take on added importance in schools because, while students aged 12 to 17 are now eligible for inoculation, no vaccine has yet been authorized for use in children under 12. And while children are less likely than adults to become ill from the virus themselves, they can transmit it to others.

“You can’t control how they interact and touch each other,” Ms. Graham said. “If there’s a virus, kids will take it to home.”

WASHINGTON — Democrats in Congress plan to use their $3.5 trillion budget…

“The fire is about to crest over the mountain, any minute now,”… 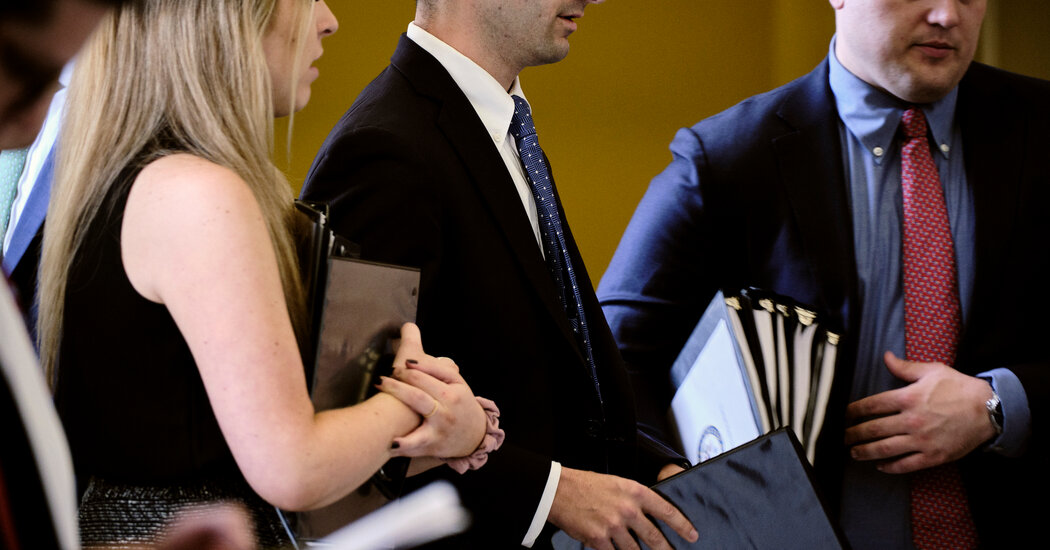